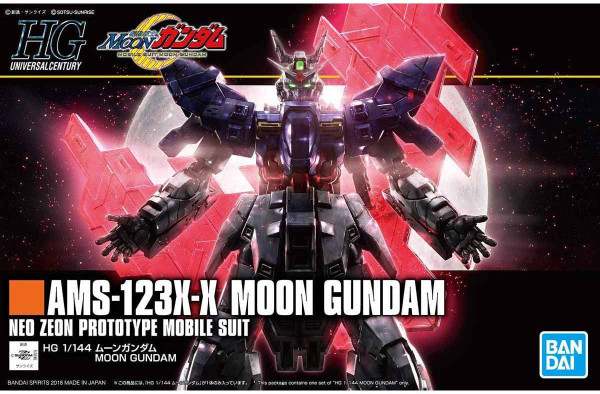 This is a posable, high-grade or better injection-plastic kit of an item from the Gundam universe.

Moon Gundam, as seen in the manga "Mobile Suit Moon Gundam," gets an HG kit release from Bandai! Its distinctive form is fully represented, and its moon-shaped Psycho Plate can be unfurled by unfolding the backpack arm; it can also separate and recombine. The Moon's arms and legs are  highly flexible for a range of motion beyond most HG kits, and it's fully armed with its Beam Tomahawk, Beam Rifle, and a display base. Order it now!