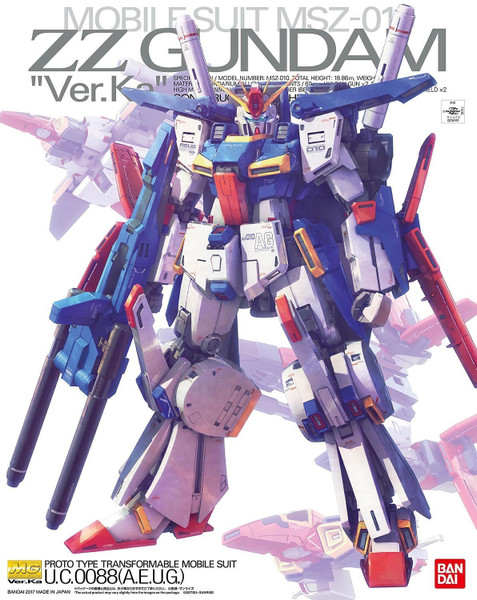 Designed by master mecha designer Hajime Katoki, Bandai's Master Grade ZZ Gundam Ver. Ka is fully transformable into the G-Fortress! The robot's torso forms the Core Block,which transforms into the Core Fighter; it can also combine with the Double Beam Rifle, Core Top (the Gundam's upper body) and Core Base (the lower body) to form the full G-Fortress. The forehead contains the powerful Hi-Mega Cannon. Â More mechanical detail has been added inside the gaps that open during transformation or posing, the knee joints have been improved with a sliding mechanism, and it also comes with its sizable backpack! In addition to the Double Beam Rifle, it's armed with two Beam Sabers and more. You won't want to miss out on this historic kit, so order it today!