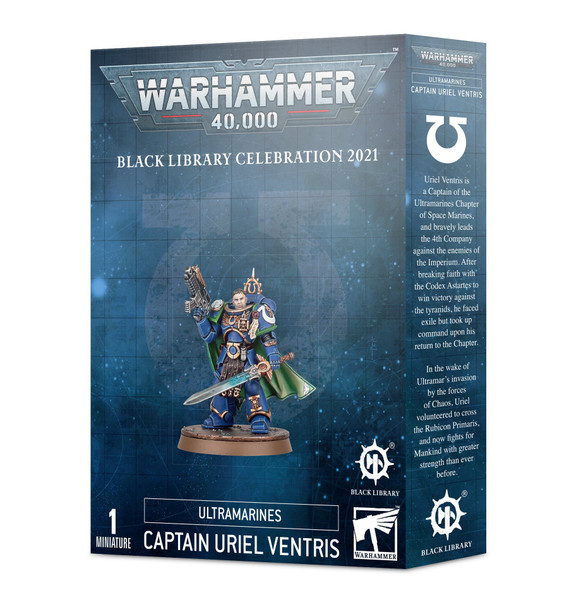 Uriel Ventris is a captain of the Ultramarines Chapter of Space Marines and bravely leads the Fourth Company against the enemies of the Imperium. After breaking faith with the Codex Astartes to win victory against the Tyranids, he was exiled, but he took up command once more upon return to the Chapter.

In the wake of Ultramar's invasion by the forces of Chaos, Uriel volunteered to cross the Rubicon Primaris, and now he fights for the Imperium with greater strength than ever before.

For the first time, add the legendary hero of Graham McNeill's Ultramarines novels to your collection. The model depicts Uriel Ventris in his new guise as a Primaris Space Marine â€“ as seen on the cover of the novel The Swords of Calth â€“ and includes a host of details that fans of the books will recognise, such as white rose of Pavonis. In your games, Uriel Ventris can be used as a Primaris Captain in Ultramarines armies, and his rules are included in the box, with his unique power sword.

This 14-piece kit makes one Captain Uriel Ventris model. The box also includes a 40mm round base and a construction guide which includes a datasheet for the using the model in your games.